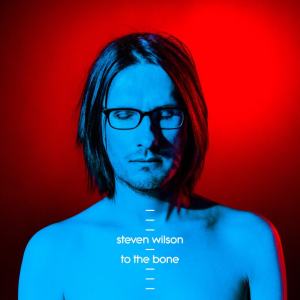 Strange things are afoot in the music world right now, because as of this writing, Steven Wilson’s much anticipated new album To The Bone is sitting at the number one spot in the UK Official Albums Mid-Week chart (its since debuted at #3, the release of this review was delayed by Hurricane Harvey stressing me out). It was seen as a deserved triumph when his 2015 masterpiece Hand. Cannot. Erase. seemed to finally bang loudly on the mainstream’s doors by debuting at #13 in the UK, a high water mark for his career (solo, Porcupine Tree, otherwise). But even the most optimistic among us had to suspect that it would be as good as it gets, and his next releases would hover just slightly below that mark. But no, To The Bone and its prog-fan enraging single “Permanating” seem to be readying to —- as former Houston Oiler’s coach Bum Phillips once said —- “kick that sumbitch in” entirely. His closest competition is the Game of Thrones appearing goofball Ed Sheeran, the pop equivalent to a glass of warm milk before bedtime, and audible proof enough that Wilson’s right about the unambitious, flaccid state of modern pop music. And yes, this is very much the most overtly pop album Wilson’s recorded since 2004’s Blackfield debut, or more accurately due to similarity in tones, since 1999’s Lightbulb Sun by Porcupine Tree. Wilson’s fans come in a spectrum, from those who relish his most far out prog adventures to those who are more attuned to his ability to demonstrate masterful song craft and the odd musical or vocal hook. To The Bone functions if anything as a ready barometer to see where you fall on that spectrum.

If you remember my previous Steven Wilson solo album reviews for The Raven That Refused to Sing and the aforementioned Hand. Cannot. Erase. (#2 on 2015’s Best Albums list!), you’ll know that I fall into the latter part of the spectrum. I got into Wilson the way most metal fans did, because he produced Opeth’s Blackwater Park, and I eventually went out and bought the most widely available Porcupine Tree album I could find, 2002’s In Absentia. That album was chock full of catchy, tight songwriting built around glorious hooks (think “Blackest Eyes” and “Trains”), as well as being an introduction to the man’s ability to squeeze emotion out of the most simple melodies (I think immediately of the haunted sparse piano and vocal of “Collapse the Light Into Earth”, to this date still one of my favorite songs). The next album I scored was Lightbulb Sun, and through those two albums, I began to view Wilson at a pop savant dressed up in prog-clothing. Oh I completely acknowledged that he was a prog-rock artist, but when I found myself having difficulty getting into the very early Porcupine Tree work that owed more to Pink Floyd than The Beatles, I realized that I didn’t love his music for the same reasons most of his other fans did. My relationship to Wilson’s overall musical catalog is a bit touch and go —- I’ll enjoy a few songs off the earlier albums, love a few other albums completely, and find difficulty in getting into the works that most other fans fawn over.

Case in point, when it came to Porcupine Tree, I couldn’t get into most of Deadwing, but that album contains two of Wilson’s most shimmering moments in “Lazarus” and the re-recorded “Shesmovedon”. I loved specific moments on the sprawling The Incident such as “Time Flies”, “Kneel and Disconnect”, and “I Drive The Hearse”, but largely found the album meandering, overly lengthy and unfocused. You might be thinking at this point that I’m just anti-prog rock but wait! I loved every bleak-hearted second of the band’s 2007 masterpiece Fear of A Blank Planet, prog-rock song lengths and all, it was a magnificent album with a resonant theme. With Wilson’s solo catalog, I found his debut Insurgentes charming for songs like “Harmony Korine” and the piano ballad title track, but absolutely could not get into the jazz experimentation of Grace For Drowning, save for the single “Postcard”. Everyone raved about The Raven That Refused To Sing, but I haven’t had the urge to go back and listen to that album since its release. In my review for that album I wondered if Wilson was moving away from the kind of things I loved hearing from him the most. Fortunately for me, it wasn’t a permanent shift, and in Hand. Cannot. Erase., Wilson delivered a perfect mix of pop-songwriting smarts, disciplined prog-rock structures, and a concept that was emotionally gripping and shattering. I know you didn’t ask for my personal bio here, but I figure its best to lay everything out in the open regarding my preconceptions when reviewing an album this controversial among his die-hard fanbase. 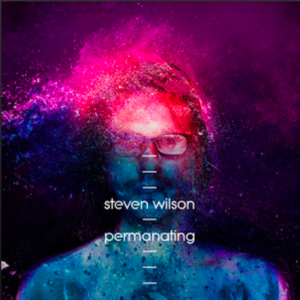 First, the majority of the controversy surrounds one of the album’s advance singles, a bright, bubbly piano jaunt named “Permanating” (love that word creation!) that owes more to The Carpenters and ABBA than to Genesis and Yes. It is indeed the most positive, uplifting song Wilson has ever penned, the close second being “The Rest Will Flow” from Lightbulb Sun, and its notable for that reason alone. Nevermind that its got a hook and easy appeal that could see it fit alongside ol’ Ed, Coldplay, and Mumford & Sons on BBC2 Radio. This isn’t Wilson’s first brush with the idea of radio success either, as many of you will remember that “Shallow” from Deadwing actually landed on the Mainstream Rock chart here in the States back in ’05. And for all the hoopla around “Permanating”, it hasn’t actually landed on any UK singles charts yet, so maybe all the noise surrounding it will be all for naught. Now I know what you’re thinking, that the most poppy Wilson penned pop number would logically be my favorite, and while I do enjoy “Permanating” overall, its actually not my pick for the best pop tune he’s written, nor is it my favorite tune on this album. His best pop tune? Debatable —- but right now my mind went to a battle between “Hand Cannot Erase” (the title track for that album) and a classic gem like “Trains”. The best song on To The Bone? Well… let’s not get ahead of ourselves here, we still need to talk about the album as a whole.

What’s struck me hardest about To The Bone after listening to it well over a dozen times now is just how much it reminds me of classic era Porcupine Tree albums like Lightbulb Sun and In Absentia. I don’t know what I expected when first seeing the pre-release interview quotes from Wilson about his 80s pop touchstones of specific works by Peter Gabriel, Tears For Fears, and Kate Bush as driving influences for the album. I got the gist of what he was referring to, smart pop music written with an air of sophistication and artistry, but I didn’t have an idea of what that would sound like in my head. Listening to the album, I hear those specific touchstones spring to life on a bracing, vivid song such as “Song of I”, where Wilson duets with Swiss jazz-pop vocalist Sophie Hunger over slow, heartbeat rhythm bass pulses, sharp hand-clap like percussive effects, and dreamy synths. It recalls the strange lanes that the aforementioned Peter Gabriel would find himself on in the mid-80s, and even recalls the eerie atmosphere of fellow Genesis alum Phil Collins’ “In The Air Tonight”. Going down a similar path is the strange cut “Detonation”, with its sparse instrumentation set over a bed of hushed keyboard atmospherics, though call me crazy —- anyone reminded of something off Fear of a Blank Planet? What I’m picking up on here is that Wilson has a sonic palette that we’re all familiar with, and for all these new experiments that To The Bone has conjured, there’s just as much, if not more in the way of familiar Wilson-isms throughout the album.

Take for example the loud, rushing, primal rock of “People Who Eat Darkness”, which is a nice change of pace during the album, albeit not a song I’d willingly seek out on its own. Wilson’s intro vocals certainly remind me of “Four Chords That Made A Million” from Lightbulb Sun, and while that’s not an offense worthy of condemnation, its not exactly a new and fresh idea. Much more appealing is “Nowhere Now”, which sounds utterly like a lost cut from Lightbulb Sun, built on gentle, dreamy piano intro that pairs nicely with casually strummed chiming guitar as Wilson softly sings about floating above the clouds (literally!). Its a nice song, especially its more up-tempo midsection that provides a nice detour, but its still vintage Wilson. That’s not a bad thing really, and I wonder at most folks who lament the disbanding of Porcupine Tree in comment threads still… are they listening to this album? Half of it is easily the most Porcupine Tree-ish thing he’s done since the band went on hiatus, probably because its pop-oriented and avoids all the eclectic music that he started doing on his first couple solo albums. Yet another song in this vein is “The Same Asylum As Before”, as its my pick for the best cut of the album, built on an explosive escalating guitar riff that slices through a gorgeous, carefree melody. I love that song, and its one I’m returning to over and over. I love that on this cut and some others, Wilson is catapulting his voice to places it hasn’t been in awhile. He’s a better vocalist than he gives himself credit for.

There’s a couple things to think about in conclusion here, but the most obvious of these isn’t even a question —- yes this album is worth your time in checking it out. I won’t go out of my way to say its a must purchase because unlike Hand. Cannot. Erase., this doesn’t grip me with the same kind of emotional intensity that fueled that album’s backstory, conceptual narrative, and heartbreaking songwriting. No, To The Bone is a more loose, relaxed, casual affair that while succeeding in being the art-pop album like those its inspired by somehow doesn’t hit the overall Steven Wilson pop sweet-spot that I hoped it would. One of the more critically lauded tracks, “Pariah”, a dreamy duet with Ninet Tayeb is a lovely, inventive song that I have genuinely enjoyed hearing, but I’ve found myself growing tired of it. That’s even after giving the entire album a good long break —- and that represents my overall split feelings on this album: I can recognize that it has some wonderful moments, but for reasons I can’t decipher, its lacking the staying power. We’ll see how I feel at the end of the year, but I can feel myself losing interest with each play through, and that’s a bizarre notion to apply to any Wilson penned album.