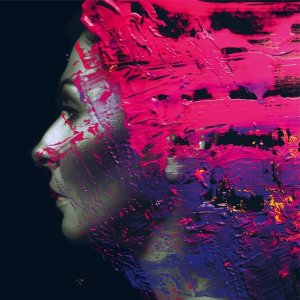 I think I’ve come to a dawning realization about my relationship as a fan and listener towards Steven Wilson’s work: Very succinctly told, I greatly prefer either his pure pop and/or metal-influenced styles, the and/or added in because often times they’re one and the same (or they’re pushed right up against each other). Its in Wilson’s more “prog” sounding moments where I tend to lose focus as a listener, or perhaps more accurately, patience. Its why I felt left out of the loop with his past two solo releases, 2013’s The Raven That Refused to Sing and even more so on its 2011 predecessor Grace For Drowning. The former was a sweepingly dark, 70s progressive rock inspired album that in homage to its influencing era, had a myriad of wandering instrumental explorations that sometimes worked and sometimes didn’t (cue “The Holy Drinker”). I generally thought of it as a good album, a slight rebound from the jazz odyssey that was most of Grace For Drowning, an album lauded by many, but one that only caused me to miss the relative linearity of Porcupine Tree.

Even within the lengthy discography of that storied and now defunct band, I preferred the songs with either good riffs or great melodies —- I could stand to lose most of the wandering progressive stuff, not out of any particular disdain, but just because there was a lot of it and sometimes a song didn’t need to be over seven minutes long. I was introduced to Porcupine Tree by listening to “Blackest Eyes” on a Classic Rock sampler disc, and found it a perfect blend of heavy, metallic riffing with a gorgeous, shimmering melody that fed a pop-informed chorus. I enjoyed the album it came from, 2001’s In Absentia, but loved the album that came before, one Lightbulb Sun, which lacked the heavy riffs but made up for it in being the record where Wilson honed in on his spectacular gift for writing pop songs. It wouldn’t be until 2007’s Fear of  a Blank Planet when I thought he had finally delivered a complete record that catered to me; one that was dark, unsettling, heavy, and splashed with just the right mix of progressive elements and pop ear candy. But with the end of Porcupine Tree, Wilson’s lessening involvement with the pop-oriented Blackfield project, and the onset of a solo career that I viewed as a mixed bag, I began to wonder if Steven Wilson was progressing right out of my limits of being a fan. 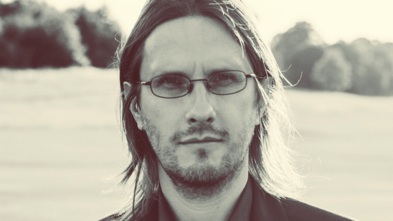 So Hand. Cannot. Erase. is a reminder to me of that old adage about expectations. Actually I don’t really know a particular phrase or saying that could apply here, but its enough to say that I didn’t expect to love this album as much as I do. In the few weeks that I’ve known it, its become one of my favorite Steven Wilson related albums of all time, second perhaps only to Fear of a Blank Planet. Its worth me taking a moment here to briefly comment on its thematic/conceptual subject matter, because it makes the album resonate that much more. Wilson had at some point viewed a 2011 documentary called Dreams of a Life, which was the story of the life of one Joyce Carol Vincent; an attractive, intelligent, outgoing young woman who died in her London flat, and her body went undiscovered for three years. She had friends, she had family, yet for reasons unknown even to them, no one missed her or bothered to check up on her. I actually went out of my way to view the documentary a few days ago and its one of the most surreal films I’ve ever seen, the sort of thing that lingers in your mind.

Wilson’s storyline on Hand. Cannot. Erase. is a fictionalized, loosely inspired by version of Vincent’s story, about a young woman named H. who follows a similar road towards isolation and loneliness. There’s a deluxe hard back book based edition of the album thats filled with photographs, diary entries, actual newspaper clippings, and letters telling the more detailed story of H.’s life (its a seriously impressive package). I myself went with the single disc Blu-Ray edition, which sets the album to a slideshow backdrop of many of those same book bound photographs… it was great to be able to sit on my couch for the better part of an hour and get immersed in an audio/visual experience like that, but its not necessary to enjoy the album alone. In an interview with Faceculture, Wilson touched on the fundamental thematic core of the album, how a tragedy like Vincent’s could only have happened in the middle of a vast metropolis like London as a opposed to a smaller community. In his MetalSickness interview, Wilson expanded on that, “If you really want to disappear, go and live in the heart of the biggest city, surround yourself with millions of other people. Go right to the place where the most people live and you will disappear.” 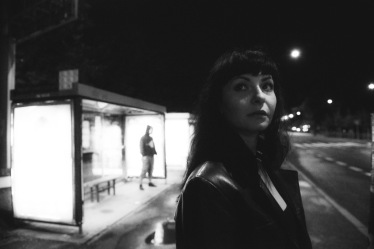 I live on the southwestern border of Houston and its outlying suburbs, right in the midst of highways, urban expansion, too many parking lots and gas stations, the lot of it. I hardly know my neighbors, and almost never speak to any of them besides the occasional hello when passing by. In some slight way, I feel that I can relate to Wilson’s own autobiographical views that he instilled into his character. Its what makes a song like “Happy Returns” echo so resolutely within me, despite its rather detailed lyrical perspective being solely H.’s own words. It could be one of Wilson’s greatest singular accomplishments, a song as delicately beautiful and shatteringly epic as In Absentia’s “Collapse the Light into Earth”. And despite all its obvious melancholia, its essentially a pop song, built on simple chord patterns and a McCartney-esque “doo-doo-doo-do” refrain. Its emotional gut punch comes in the lyric “The years just pass like trains / I wave but they don’t slow down”, as vivid a portrait of helplessness against the transience of life as I’ve ever heard.

Its equal in greatness partner is the non-instrumental album opener “3 Years Older”, an acoustic/electric hybrid epic of English prog that is reminiscent of The Incident’s “Time Flies”. Here Wilson staggers folky, strummed chords with plaintive vocals next to passages with surprisingly funky, wild guitar work courtesy of guitar virtuoso Guthrie Govan. Its full of those particular kinds of Wilson moments that have defined his entire career —- it could be the sudden layering in of a harmony vocal to give a lyric some added richness, or simply his mastery of how to craft melodies that are evocative, or dreamlike. Sitting next to it on the tracklisting is the title track, which is quite possibly Wilson’s poppiest song since “Blackest Eyes”. Instead of being built on heavy, metallic riffing, “Hand Cannot Erase” is almost electro-pop in its palette, with guitars that sound like they’ve been lifted from U2 circa 1997, or from a Florence and the Machine backing track. Wilson’s vocal here is delivered at his earnest, wide-eyed best, with lyrics that you could imagine selling well on radio or some CW television show about over-dramatized teens. That’s not me detracting from it, quite the contrary, I’m puzzled as to why this wasn’t the first single. 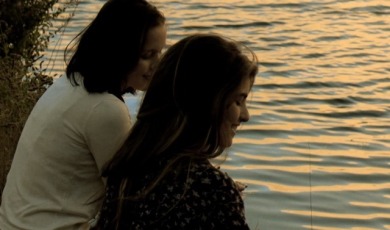 That honor went to the very ambient, drone-like “Perfect Life”, which I love for the simple reason that its female spoken word guided first half reminded me of the British pop band Saint Etienne. They have a discography full of assorted moments with neutral voiced Sarah Cracknell waxing poetic about all manner of things. Its an important moment in the song because its our first introduction to H.’s words herself, as she describes the memory of the six months she spent with her adoptive foster-sister. As Wilson explained in the aforementioned Faceculture interview, the imagery of some of H.’s memories comes directly from Wilson’s own childhood, such as “Sometimes we would head down to Blackbirds moor / to watch the barges on Grand Union in the twilight”. Its one of those universal truths I’ve read from great fiction writers, that to make something feel universal, or relatable to everyone, the author is best served by simply focusing on making his character more specific, with more intimate details, possibly even autobiographical details from the author’s own life. It sounds contrary in theory, but it works. By the way, the video for this song is stunningly good (psst, its linked at the bottom).

This is the rare album in Wilson’s discography where even his progged out moments are interesting and complex in only good ways. Take the epic, nine-minute “Routine”, where Wilson is joined by Israeli vocalist Ninet Tayeb in a duet built across subsequent passages, Wilson taking leads in some, Tayeb in others, only joining together at the very end to softly sing “Don’t ever let go / Try to let go”. Its a cleverly written song about some kind of loss suffered by the narrator and her psychological process to acknowledge it. So she states, “Keep cleaning keep ironing /Cooking their meals on the stainless steel hob /Keep washing keep scrubbing /Long until the dark comes to bruise the sky”. There was even enough diversity in the thirteen plus minute “Ancestral” to prevent me from getting too antsy, but it comes out being the weakest cut on the album simply because its at times more of an extended jam session rather than a song. Its okay though, the rest of the album is nothing but songcraft of the highest order.

I’m simultaneously relived and thrilled about Hand. Cannot. Erase. and what it means for me personally. Its audible proof that my relationship as a listener with Wilson’s new work isn’t dimming, that he’s still capable of delivering music that enthralls me, and that I’m still receptive enough to realize that. Its also one of the more haunting, and thought-provoking albums I’ve come across in recent memory (and if you really want a taste of how deep it gets, check out H.’s blog entries on handcannoterase.com). It has a conceptual story that is frightening in its mirroring of reality, and its addressing of what it could potentially mean to live in an age of social networking, with no need to go outside of our homes, and how tempting it might be to simply withdraw from the real world. When I listen to this album and think about the thoughts and motives of its narrator and her real life inspiration, I can’t help but think about myself and how with a few decisions here and there, it could be me spiraling down into isolation. It could be any of us.