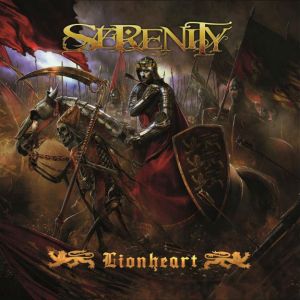 Would it be accurate to call this a surprise release? I heard rumors of Serenity working on a new album this year, but the idea that it would be released before the year was out seemed a little far fetched. Their previous album, Codex Atlanticus, was just released in January of 2016, and I suppose that does fall a few months shy of a two year mark, but simply put releases don’t tend to come this quickly —- record companies don’t like it. The short turnaround got me wondering if the band had even toured to support that album, I couldn’t remember… but sure enough they did a European tour of their own directly after its release. It seems to have been only a month or so, which might explain why they were able to get back to work on new material, perhaps feeling like they needed to ride the wave of creativity they were feeling after the critical success of that album (and it was a success to me anyway, remember “The Perfect Woman” landing on my top ten songs list). Then there’s also the added dimension of Lionheart being a concept/thematic album about… well Richard the Lionheart of course. Don’t these things usually need a little more time to work out? A longer bake time if you will. You’d probably be able to brush that aside considering that Serenity’s vocalist/songwriter Georg Neuhauser’s day job is that of a history professor, so presumably, all the research on such a topic had already been loaded into his brain long ago and this was a natural outsourcing of his passion. But as Angry Metal Guy smartly points out, Serenity’s take on Richard I comes off a bit slanted, biased, or even more dishearteningly, naive:

Googling Richard I for three minutes will show that he, like all regents and generals, was a complicated man who did complicated things for complicated reasons. But such a nuanced picture of the character is notable in its absence. Missing, for example, is a song about the massacre at Ayyadieh, where Richard I lion-heartedly executed 2,700 people—some accounts saying it was closer to 3,000, including women and children—because Saladin would not pay a ransom. Instead, Lionheart relies heavily on messages of unity and a lionization (see what I did there?) of Richard I. While “Massacre at Ayyadieh (I Executed 2,700 People Because Saladin Would Not Pay Me a Ransom)” makes a less inspiring song than “United” or “Stand and Fight,” it also makes a crucial point: who would write an uncritical concept album about The Crusades in 2017?

As I’m sure I’ve pointed out before, I try to make a point of not reading other reviews of an album before penning my own, but I was late to this album, and during a bored, scrolling through my phone moment, I let my guard down and read his review. Angry Metal Guy doesn’t write as often as I’d like him to these days but that’s a stellar review (one I highly encourage you to read), and considering his site was one of the biggest influences on me starting my own blog, I make an exception for him without guilt. His larger point that Neuhauser’s lyrics seemed to rely on power metal’s proclivity towards positivity is what’s worth examining here. If you take a glance through the lyrics throughout this album, you’ll see a largely sympathetic take on Richard I, one that doesn’t offer a corresponding opposite view of his decisions and actions. I’m not saying Neuhauser should have written the soundtrack to Kingdom of Heaven here, but AMG delivers a valid criticism, and the overt romanticism that drenches every song on Lionheart actually works against it, makes it less likely to draw us in, particularly in the fraught, politically, racially charged climate of 2017. I’d immediately point out that I don’t detect anything malicious or nefarious in Neuhauser’s lyrics, and that’s reinforced in part because the formula he’s using on Lionheart is a damn near replica of the one he used for DaVinci on Codex Atlanticus. It worked there, because DaVinci is an interesting, engaging, well respected figure that largely avoids being seen in any particularly negative light today —- as a conceptual subject, he’s far better suited to power metal’s proclivity towards joyful euphoria. 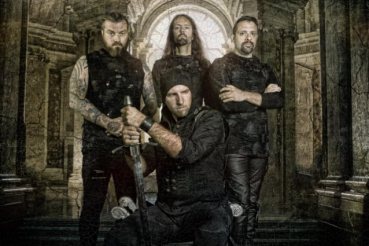 All this wouldn’t really be much of an issue of course if the songs were on point, and some are nearly there, but for the most part this album sees Neuhauser missing his usual mark of excellence for the first time since I’ve become a fan. I’ve gone through this record well over a dozen times now over the course of a few weeks and its just not clicking with me. Many of the songs lack the sharpness, the well defined arcing hooks that he’s so adept at penning, with the exception of a few cuts. Opening song “United” comes across as the inspirational, horns bellowing call its supposed to be, its lyrics speaking of coming together to take up the holy crusade —- the sort of stuff power metal is meant to be the soundtrack for. Similarly on “Lionheart”, where “Jersualem unites us against Saladin”, Neuhauser delivers an impassioned vocal in the verse segments in particular, a slight phrasing twist in his delivery that reminds me of why I love him so much as a singer. Choir vocals backup the refrain here, bringing to mind a Blind Guardian influence that is noticeable all throughout the rest of this album. We get triumphant, punctuating horns in the chorus of “Hero”, a lyrical clunker but possessing enough strength in its vocal melodies to make you ignore the Enrique Iglesias reminders it will conjure in your mind.  This change in style and tone is appropriate for the subject matter, and on first listen I wasn’t too surprised to find the album’s first four cuts storming out of the gates in this mode. But it never lets up, the entire approach across the board sounds more epic and grand than we’re used to from Serenity, its all glory and light here. By the time I got to the fifth cut “Rising High”, I started to wonder where was this album’s “Wings of Madness”, or “Far From Home”, those doses of melancholy that I’ve come to expect.

For the bulk of their back catalog, like their spiritual cousins in Kamelot, Serenity were consistently working with light and shade, a splash of darkness to their sound to balance out their major key heavy songwriting. Even on Codex Atlanticus they had those more dark, introspective moments —- “Reasons” and “The Order” come to mind, and that was an album I thought was an abrupt about face from the darker tones of War of Ages to a brighter, cheerier sonic palette. Neuhauser pulled that off successfully because he had a couple musical factors changing; namely that Thomas Buchberger was no longer in the band, his thick guitar riffs dominating the bulk of the band’s earlier work, and as a result Neuhauser built up the songs around his vocal melodies, giving the album a noticeable Broadway vibe. So back to Lionheart, where songs like “Eternal Victory” midway through the album sport a few nice moments in the way of hooks and the odd nice riff or solo, a sameness begins to set in with all of these songs essentially mirroring one another. Another glorious paean to Richard I and his inevitable victory, got it. I didn’t actually realize that the sameness throughout the album was what might be dragging it down until I read Angry Metal Guy’s review, but his analysis of the lyrics really do sum it up: These songs all have the same theme of glory and victory, yadda yadda yadda, and that results in stylistic sameness throughout the album, and that ultimately results in a relatively unremarkable listening experience. 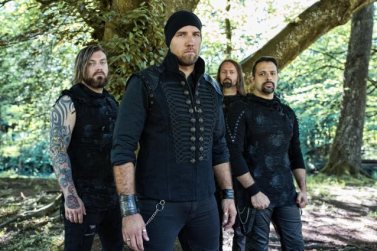 The first real difference in tone and even in song structure comes in the closing pair of tracks, “My Fantasy”, and “The Final Crusade”. The latter is a strange bird, featuring some harsh vocals that I suspect we all figured were coming at some point (every power metal band seems to do a little dip in them at some point), and while they don’t ruin what is a largely a good song, they fail to add anything to it. The strength of this track is the Broadway vibe of the chorus, bringing to mind hints of the last album, Neuhauser’s vocals soaring against the backdrop of a swooning symphony. He’s joined towards the end by Sleeping Romance vocalist Federica Lanna, her vocals a sweet, subdued tonic to his soaring theatrical delivery, though he does bury her sonically in the mix when their voices are supposed to be conjoining. The other song, “My Fantasy” might be the highlight of the album, a song that reminds me of the Death and Legacy era in its multi-faceted approach. A heavy riff progression sandwiches a wide open power ballad chorus where Neuhauser dreams up as glorious a hook as he’s ever conjured, his vocal progression bringing to mind the very best of Tony Kakko and Klaus Meine in his tone and vocal melody direction. Its also the only moment on the album where you could forget about the Richard I concept for a few minutes, because even though its written from the perspective of Richard while he’s imprisoned, its lyrics are vague enough to be malleable to anyone and anything. Neuhauser is such a gifted songwriter, he’s bound to deliver a gem per album at least, even when the rest of the affair is a surprising misstep. I’ll take it, and while I won’t recommend Lionheart as a must own, I’ll be happy to wait an extra year or so for a far greater Serenity album next time around.