The generous view on year-end/best-of lists of bloggers or websites is that they are often an exercise in an earnest, optimistic type of narcissism. I’ve done one myself, so I’m not guiltless in that aspect — but I’ve begun to realize that most of the lists currently being published are also exercises in varying, and scalable degrees of exclusionism. I say this because in the past two years major non-metal/indie oriented media outlets have taken it upon themselves to declare to their reading audiences what is the Best Metal of the Year. I’m referring to websites such as NPR, Pitchfork Media, Spin, PopMatters, Stereogum, Noisecreep, Frontier Psychiatrist, etc (just do a google search for “Best Metal of 2011” where you’ll see a good portion of these on the first page of search results). There are countless other minor non-metal oriented blogs and sites that have their own list up as well, and they all pretty much loosely mirror one of the examples posted above.

This is a curiously new phenomenon: ten, seven, even six or five years ago you wouldn’t find non-metal/indie media daring to touch the very idea of the “best metal” released in those years. The cynic in me wants to ask, “Did the hipsters get tired of all the garage-rock bands ironically limping around Brooklyn?” That is mean spirited I know, but part of me does wonder, how long will this new found interest last? First let me offer this: I am not attempting to argue that these sites have no business publishing best of metal year end lists, nor am I attempting to critically analyze their selections. Each of the writers of these lists have their own tastes, preferences, and the right to promote them…but after mulling these lists over for a few weeks and listening to most of the albums on them, one thing has become very clear to me: The most popular of these lists are created by a handful of very prolific writers/bloggers, and the rest stem from the templates laid out by said writers. In particular, the highly read and discussed lists from NPR’s Lars Gotrich and Pitchfork/Stereogum’s Brandon Stosuy are parroted throughout the blogosphere. In deserving respect to these two writers, they both offer their opinions with interesting takes and lucid arguments. I enjoy reading their stuff, and dislike having to single them out — however due to their popularity, I feel they are liable to be held to a higher standard.

Without delving too deeply into Gotrich and Stosuy’s lists, the most obviously striking things about them both is that they tend to lean heavily on the new crop of post-black metal bands. There are occasional death metal albums sprinkled throughout, the odd doom record, and a good bit of math-metal (I hate that label but its what everyone uses). Okay fine, I actually like a few of their selections as well, but here’s a question: Aren’t we missing something in terms of various other styles of metal? You’ll notice that traditional metal and power metal are noticeably absent from these lists. Gotrich’s 2010 list was even more narrowed down to include ambient and noise records alongside new post-black metal releases. I have no problem with Agalloch’s excellent Marrow of the Spirit taking the number one spot, but where on the list were the then new and stunningly great albums by Blind Guardian and Accept? These were widely acknowledged as some of the most brilliant work by either band, and both came as surprises completely out of the blue. In his 2011 list, Gotrich misses out on the masterful Iconoclast by Symphony X, a ferocious album that has won them more believers than anything else in their catalog. How about the woefully underrated Faroese trad-meets-folk metallers Týr and their fantastic new record The Lay Of Thrym? I could go on and on, and apply the same misses to Stosuy’s lists for 2010 and 2011. (And while we’re on the subject of black metal, how do both of these guys miss Enslaved’s Axioma Ethica Odini as well as the 2011’s excellent Taake release Noregs Vaapen, and Burzum’s defiant, shifting Fallen?) 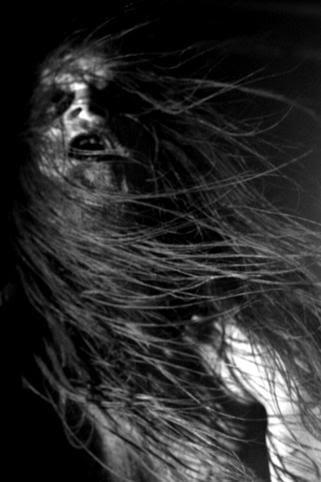 It should be all too clear by now that Gotrich and Stosuy do not like traditional or power metal at all. To such a degree that they will willingly ignore popular, widely lauded albums that fall into those styles. To each his own right? Yes. But here’s my problem: these are two very influential writers. Their opinions as mentioned before are parroted around the web, and frankly, that’s where a lot of this type of discussion takes place. What concerns me is that these lists are being trotted out for readers and listeners not already familiar with metal in general. What Gotrich and Stosuy present to these types of audiences is a mere sliver of the many styles of metal that are actually available out there. An NPR listener might actually be capable of being interested in metal that is delivered with a clean, melodic vocalist, or be able to enjoy a record that isn’t washed out in synths and shoegaze influences (cheap shot I know). There are plenty of bands who put out quality releases that this hypothetical person could enjoy, but they might never know about them.

It may only be semantics, but I’d feel a little less agitated about Gotrich’s list if it wasn’t simply titled “The Best Metal of 2011”. What should it be called? I don’t know exactly, perhaps throw in the word “extreme”, as in “The Best Extreme Metal of 2011”? That would at least be a little more adequately narrow, or at least less inaccurate. Perhaps I come across here as being far too judgmental, but this is what blogs are built for right? Someone could exasperatedly chime in at this point to say “Look, its just a goddamned list, get over it”. Well I also see it for being more than what a casual reader may take it as — and that is a concerted effort to make metal appealing to the indie and culturally hip audiences of NPR and Pitchfork. There is a trend developing within the ranks of American based non-metal media, as well as some metal based media outlets (I’m looking at you Decibel) to intellectualize a certain set of subgenres and plant their flags upon it as if to signal to hipsters everywhere, its okay to listen to this particular brand of metal. Any metal not within the confines of these designated genres is to be considered dumb, sophmoric, and dated music for neanderthals who wank about guitar solos, drink beer, and act like idiots at metal festivals like Wacken. Am I taking this a bit too far? Maybe… but deep down I suspect I’m right about the motivations here. I’d love for Gotrich and Stosuy to come on here to refute me and make me eat my words somehow. They’ll be sent links to this.

My accusations of blatant exclusionism against these two writers in particular is supported by the fact that there is a host of metal oriented websites and blogs, many of whom have been in operation for well over a decade, that offer completely different takes on what is the best metal of 2011. The fifteen year old web zine Metal Rules placed the aforementioned Accept and Blind Guardian albums at the top two positions of their 2010 list, respectively, and they have an even more varied and cross-subgenre based list for 2011. I may not find myself agreeing with many of the choices on their list, but I do appreciate the fact that it is coming from a website that reviews any and all subgenres within metal. Check out their reviews section and you’ll find that many of the bands on both the NPR and Pitchfork lists are reviewed in depth. There many other metal oriented sites out there that share a similar open minded viewpoint, such as the Angry Metal Guy, one of the best places to get informed opinions about metal across the board. Check out the tireless efforts of Stone at Metal Odyssey, the always unique takes of Dan DeLucie at Heavy Metal Power, and the often hilarious yet always informative work at Metal Sucks. Two Cleveland metal legends, Officer Metal and Doctor Metal, offer experienced, informed opinions about the more melodic side of metal through their excellent college radio shows the Metal Command, and the Metal Meltdown, respectively. There are so many more, too many to list actually, that offer wildly different takes that are often informed from a more centrist metalhead perspective. What is unfortunate is that none of them are as popular as NPR and Pitchfork.

It may sound as if I’m angry about all this stuff, well, not really. Disturbed yes, annoyed even more so because so many of the bands that I’ve enjoyed over the years fall into those categories that would not fit in with idea of metal that the non-metal oriented media wants to talk about. It affects me personally when these bands I love decide to pass on touring the United States due to lack of perceived popularity in our country. They can’t get decent press, record sales never grow adequately, and they decide to do the smart thing and stick to Europe, South America, and Japan for financial reasons. Some of the gutsier bands try their hand at building a niche fan base in the States, such as the Swedish power metallers Sabaton, who by this coming April will have passed through my city of Houston three times in one year(!). I’ve heard them speak with my own ears about the uncertainties of touring in the United States — they admit, they aren’t sure if they can pull it off half the time. A great, truly amazing band both live and on record like Sabaton gets no American press except from the depths of the metal underground, while hosts of tastemaker approved bands get viral online attention (a good many of which are studio projects, or bands that tour only in limited fashion). Something is wrong with this scenario, and its disappointing that nothing will change.

Two Fridays ago I enjoyed listening to the long running metal radio show Metal on Metal based out of Cleveland by another one of that city’s metal legends, Bill Peters. His end of the year list was created by requesting listeners’ votes for their top three choices of 2011. The list that was compiled was interesting to behold; over one thousand listeners contributed and the final two were neck and neck. It ultimately finished with Anvil’s 2011 release Juggernaut of Justice getting the top spot over Anthrax’s Worship Music. Not Blut Aus Nord, or Cormorant, nor (dear me) Liturgy — but Anvil and Anthrax. When we get lost in the myriad depths of blog comment fields and the hidden realms of web forum discussions, we often shutter ourselves away from the reality of what is actually happening in the world. This applies to metal, and to its appreciation as a form of topical discussion. As seen here in Metal on Metal’s listener compiled list, what large samples of metal fans are actually listening to is far removed from what sites like NPR and Pitchfork prescribe. With all due respect to the bodies of work and the talent of the artists on those lists, I can’t imagine the majority of them taking to the stage at the metal community’s international proving ground of Wacken Open Air. There really is a silent majority in metal. The audience for this type of music is massive, but the portion you see online is a small, fragmented mosaic. Tens of thousands of people bought the new Megadeth record in its first week of release — they did not look to the web for a recommendation.